Workshop “The syntax and the semantics of manner of speaking verbs” 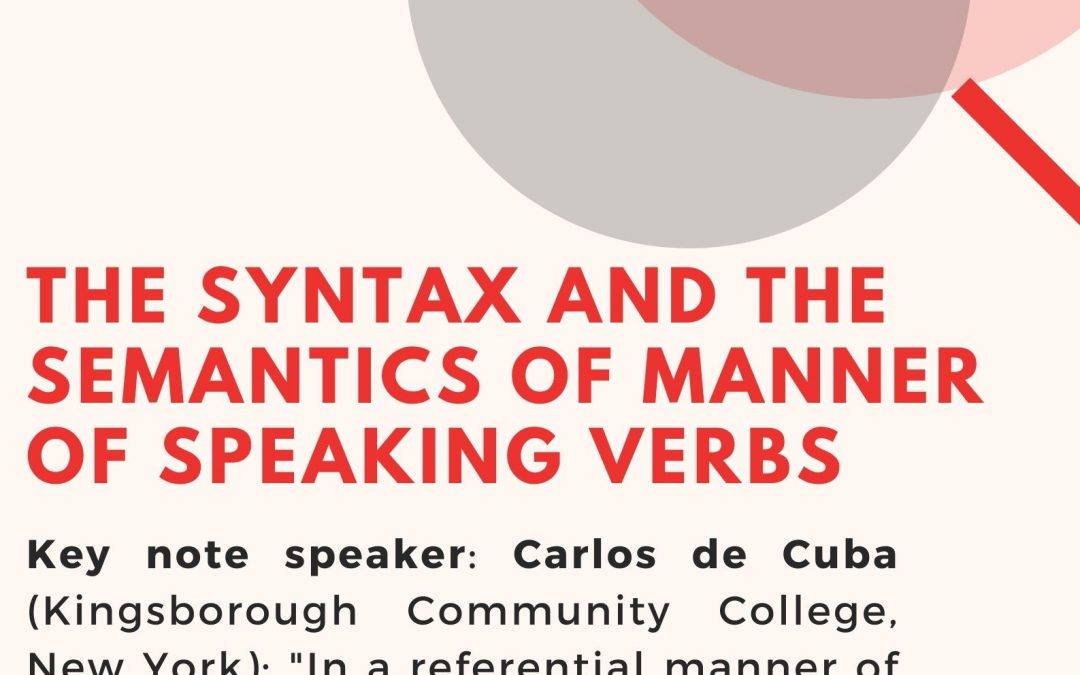 Workshop “The syntax and the semantics of manner of speaking verbs” will take place online on May 28, 2021.

The workshop aims at bringing into discussion recent theoretical and experimental research in the syntax and semantics of manner of speaking verbs, both in English and across languages.

First defined as a distinct class by Zwicky (1971), manner of speaking verbs have since been argued to behave differently from other verbs of communication not only from a semantic standpoint (i.e. they have an additional component of meaning – Erteschik-Shir, 2005; Ambridge and Goldberg, 2008; Kogusuri, 2009), but also syntactically (e.g. in English they induce island effects, they do not allow complementizer omission;  a.o. (Stowell, 1981; Cinque, 1990;  Snyder, 1992; Pesetsky, 1995; de Cuba, 2018).

On the other hand, empirical data show that manner of speaking verbs evince a somewhat variable behaviour, instances of both extraction and complementizer omission, for example, being attested in the literature.

Their variable behaviour raises questions with respect not only to their structure, but also at a more general level, given the long-standing discussions on classes of verbs in general (Levin, 1993). While some argue that these verbs can be analyzed as constituting a specific class (Zwicky, 1971), other voices claim that classes of verbs in general are epiphenomenal and that components of meaning are what dictate their properties and behaviour (Mufwene 1978).

While a matter of debate in English, manner of speaking verbs seem to be mainly understudied in other languages.

Some of the questions we would like to address include but are not limited to the following:

We invite abstracts for 30 minute talks (with a 10 minute discussion included). Abstracts should be no longer than 2 pages in a font size no less than 12pt, including examples and references. Abstracts should be anonymous. Contact details (Author’s name and affiliation) and the title of the presentation should be included in the accompanying email.